I Agree
What is a DUII and DWI in Oregon? | OregonCourtRecords.us
Oregon Court Records

What is a DUI and a DWI in Oregon?

Oregon uses the term DUII (driving under the influence of intoxicants) to sum up all offenses related to driving under the influence of substances like alcohol and drugs. Individuals driving a vehicle with a blood alcohol content of 0.08% or more are guilty of DUII in Oregon. The Oregon Department of Motor Vehicles (DMV) is responsible for issuing and managing driver’s licenses, registering vehicles, documenting driver’s records, and penalizing motorists who violate traffic and road laws. The Oregon DMV (Department of motor vehicles) also takes up the role of ensuring that motor vehicle users are fit for the road with strict adherence to Oregon Revised Statutes Chapter 811, which contains the rules of the road.

DUI (Driving Under Influence) or DWI (Driving While Intoxicated) does not apply to Oregon. DUII (Driving Under the Influence of Intoxicants) is the term that describes impaired driving. In most DUII cases, the sole factor responsible for influence is alcohol, marijuana, heroin, meth, and inhalants.

What happens when you get a DUI for the First Time in Oregon?

According to the Oregon Revised Statutes, Chapter 813, DUII offenders may risk revocation of driver’s license, possible fees for the ignition system, alcohol treatment classes, increased insurance rates, and other costs. First-time DUII offenders will face an average of 48 hours jail, 80 hours of community service, $1000 fine, alcohol evaluation and treatment, and license suspension. Driving with 0.15% of alcohol attracts a $2000 fine or more.

How Likely is Jail Time After a First DUI in Oregon?

Not likely. In most cases, instead of jail time for first-time DUII offenders, what the court does is to sentence the offender to informal probation like community service. A first DUII violator will have 80 hours of community service.

What are the Typical Penalties for a DUI Conviction in Oregon?

For fines, first DUII conviction in Oregon attracts $1,000, second; $1,500, third or subsequent conviction; $2,000. Road users with a fourth DUII conviction in 10 years will get a permanent revocation of license. Meanwhile, if a driver’s BAC was.15% or more, the fine is increased to $2000. However, note that the maximum fine, in either case, is $6,250. Offenders will also use an ignition interlock device for one year for first-time offenders and two years for second-time offenders. Jail time for the first and second offense is two days to one year in jail, while for third or subsequent offense is 90 days to five years incarceration.

How Long Does a DUI Stay on Your Record in Oregon?

Oregon is stern on traffic offenses, and DUIIs can stay on a record for a lifetime. There is no provision of the Oregon law for expunction as well. According to ORS 137.225, the offender can apply for a set aside at the court by completing the necessary forms. Setting the DUII record aside seals the DUII conviction, and the bearer can deny previous convictions or arrests. Once set aside, the documents will not appear on background checks as well.

How do I Find DUI Checkpoints in Oregon?

The police set up DUI checkpoints to intercept drunk drivers. Law enforcement also uses this medium to check for impairment or intoxication in drivers after a series of tests. In Oregon, these checkpoints are illegal in line with the Oregon State Constitution and were made unconstitutional in 1987. Nevertheless, DUI saturation patrols still operate during holiday weekends and special events.

Which is Worse; a DUI or DWI?

Following the Oregon Vehicle Code, no provision differentiates between a DUI and DWI in Oregon.

What is an Aggravated DWI in Oregon?

The offense “aggravated DUII” is an intense criminal charge with aggravating factors that automatically makes the offense a felony. The factors that aggravate a DUII into a felony are:

If any of these factors are evident, the judge will impose administrative and criminal punishment, including five years in prison with a minimum fine of $2,000, following Oregon Revised Statutes, Chapter 813.

What Happens When You Get a DWI in Oregon?

Oregon does not have DWI laws. However, a DUII arrest will result in the seizure or suspension of a driver’s license. If the offender is convicted, the court imposes criminal penalties to back up the administrative penalty. In terms of fines, the first and second offense attracts $1,000 to $2,000 and $6,250 to $10,000 respectively. 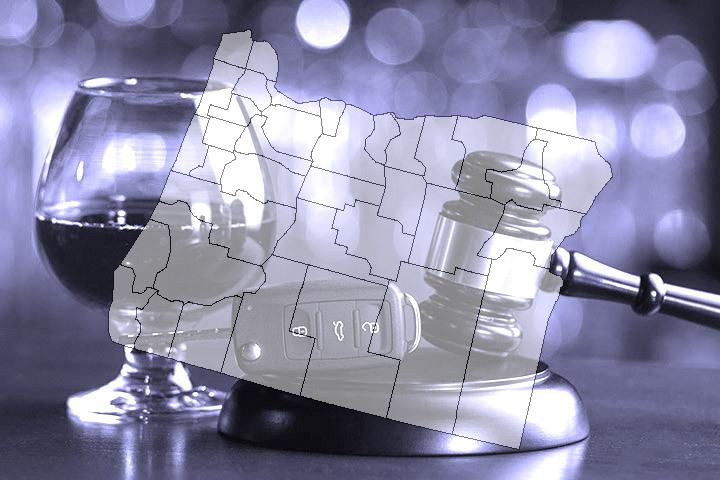