What are Oregon Traffic Court Records?

Oregon traffic records encompass the case files and documents created as a record of proceedings of traffic court in the State of Oregon. They include records related to all moving and non-moving violations under the motor vehicle code of Oregon.

Oregon traffic records, as with all documentation created in a court of public record, are classified as public information and as such are subject to be accessed and viewed by members of the general public unless the records have been restricted by a court order or by law.

Which Courts in Oregon have jurisdiction to hear traffic violation matters?

Oregon traffic violations and infractions are heard in the Municipal Court of the city, or the Circuit Court of the county where the alleged violation was committed.

How Do I find Oregon Traffic Court Records?

Traffic court records in Oregon are available at the Court Clerk’s office of the court where the case was heard. Additionally, publicly available records are accessible from some third-party websites. These websites offer the benefit of not being limited by geographical record availability and can often serve as a starting point when researching a specific or multiple records. To find a record using the search engines on these sites, interested parties must provide:

Third-party sites are not government-sponsored websites, and record availability may differ from official channels.

What information is required to obtain Oregon Traffic Court Records?

Are all Traffic Violations handled the same way, in Oregon?

In Oregon, traffic violations are usually processed in a similar manner, irrespective of the type of violation. Fines and penalties for violations will be different and based on existing laws and statutes governing the violation. The processes involved in responding to a citation and the ensuing procedures will be similar.

Can Oregon Traffic Records be sealed or expunged?

Some traffic records may be sealed or expunged. The process for expunging a criminal record is called “expunction” or “setting aside” in Oregon. If you were arrested, but not charged, you can petition to set aside the arrest record 1 year from the date of the arrest. If you were charged, but not convicted you may petition to set aside the record if the charges were dismissed or you were acquitted. There is no waiting period for this. To be eligible

If you were convicted of a crime, to have it set aside

You must wait 3 years after the date of your conviction or release from incarceration (whichever is later).

How does one end up in an Oregon Traffic court?

You can end up in Oregon traffic court

Getting a Traffic Ticket in Oregon.

A traffic ticket, or Uniform Citation and Complaint, is a long-form document dispensed by a law enforcement officer within the state of Oregon for traffic violations. It is a representation of the officer’s observations regarding the incident. The ticket will be completed by the officer and it will contain:

At the top of the ticket, the officer will indicate whether the offense is a crime or a violation. This indication will affect how you respond to the ticket, as traffic crimes come with a mandatory court appearance. Traffic offenses in Oregon can either be misdemeanor offenses, which could result in jail sentences, or violations- infractions, which result in a fine. Fines tend to vary by offense and court, so if you have any questions about your costs, you should contact the court listed on the citation.

What to Do When You Get a Traffic Ticket in Oregon?

Responding to an Oregon Uniform Citation and Complaint depends on whether you were cited for a crime or a violation. This is indicated at the top of the ticket. If you are being cited for a violation, you can choose to:

§ If you wish to plead “Not Guilty” to the violation, you can appear in court on your date to enter your plea and request for a trial. You will be notified of a date and time to appear for trial. If you are retaining the services of an attorney, then the court must be informed no later than 10 days prior to the trial. If you are found “Not Guilty”, then the charges will be dismissed and you will not be liable for any fines or penalties. You may still have to settle Court fees. You can enter your “Not Guilty” plea, by written submission. You will need to complete option 3 on the ticket and send it to the court. This waives your right to a court appearance and you will have to wait for the court’s decision. A notice will be sent to you.

If you are cited for a crime, then you must appear in court on your date to answer the charges and enter your plea. If you plead Guilty, the judge will pass your sentence. If you plead Not Guilty, a trial date will be scheduled.

You may qualify for Trial by Affidavit and will need to contact the court to determine this. If you are eligible, then you can submit a written plea to the judge by the court date. The officer may also submit a written statement and the judge will make a decision. You will be notified and are bound by the decision. Failure to appear on a citation will result in a guilty verdict against you and you will be liable for the full fine, a failure to appear fee and any other penalty passed by the judge. 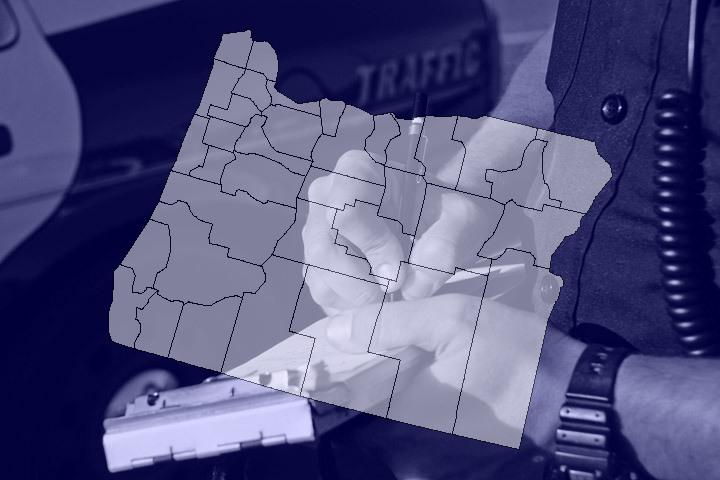