I Agree
What are Oregon Traffic Violations and Infractions? | OregonCourtRecords.us
Oregon Court Records

What Are Traffic Violations And Infractions In Oregon?

Traffic violations and traffic crimes in Oregon State are offenses committed by road users when they break the traffic laws. Depending on the type of offense, the Oregon Judicial Department gives the Municipal Court and Circuit Court jurisdiction over traffic-related cases.

Traffic violations in Oregon are only punishable by fine and do not involve a compulsory court appearance. However, a traffic crime is any traffic-related offense that attracts a penalty involving imprisonment. A traffic crime can be a misdemeanor or felony conviction, depending on the punishment.

What Are Felony Traffic Violations In Oregon?

Punishments for felony crimes depend on the severity of the offense. The classifications of a felony in Oregon are:

Some misdemeanor violations that are repeated by offenders may become a felony offense. Most felony traffic crimes in Oregon fall under Class C.

What Are Traffic Misdemeanors In Oregon?

While the penalty of a traffic misdemeanor is attached to the offense, the state laws classify them into three categories:

The court may also order offenders to attend mandatory driving programs to get their license back if suspended or revoked.

Examples Of Traffic Misdemeanors In Oregon

Traffic misdemeanor offenses in Oregon include:

What Constitutes A Traffic Infraction In Oregon?

Traffic infractions in Oregon are less severe traffic offenses that are only punishable by payment of fines. Persons guilty of an infraction don’t have to make a court appearance. In Oregon State, infractions are officially known as traffic violations. There are four categories of traffic violations with specified fines:

Examples Of Traffic Infractions In Oregon?

Some examples of infractions that are traffic violations in Oregon are:

How Does Traffic Tickets Work In Oregon?

Traffic tickets are official documents that law officers issue to road users for the violation of traffic laws. Individuals that receive traffic tickets in Oregon are required to resolve them. Typically, offenders may enter a plea of guilt to the traffic violation and pay off the required fines. They can also contest the ticket in a court by pleading not guilty and having a trial set up.

Road users may get traffic tickets for offenses done while in motion, such as speeding or non-moving violations like illegal parking.

The Oregon Driver and Motor Vehicle Services(DMV) doesn’t use the driving point system to track traffic violations. However, the DMV tracks the number of traffic tickets issued to motorists, and the accumulation of many tickets may lead to the suspension or revocation of license. The court may also order traffic offenders to participate in a driver improvement program. The DMV restricts the license of Individuals issued three tickets or involved in 3 accidents, in any combination, within 18 months. Such persons are not permitted to drive between midnight and 5 a.m. An accumulation of 4 traffic tickets or three accidents, in any combination, within 24 months, will result in a 30 days suspension of the offender’s license.

The DMV can suspend or revoke motorists’ license under the age of 18 if they fail to follow the temporary license restrictions. The restriction of license penalizes an accumulation of 2 traffic convictions or 2 accidents or a combination of both for 90 days.

Are Traffic/Driving Records Public In Oregon?

Oregon driving and traffic records are available to the public for copying and inspection. Section 802.220 of the Oregon Revised Statutes authorizes public access to records concerning motor vehicles. Interested persons may request for desired records from the department. However, the custodian of records cannot disseminate personal information such as photographs and fingerprints on driving or traffic records. Records sealed on a court’s order are confidential and only accessible to authorized persons.

How To Find Traffic/Driving Records In Oregon?

The Oregon Department of Transportation maintains and disseminates driving records and traffic-related reports within the state’s jurisdiction. Individuals looking to obtain driving records may fill the DMV request form and submit it in-person at the office location or via mail. The DMV may charge for the request of records following the fee schedule. Requestors may address their requests to:

Requestors with questions regarding the DMV form may call the records services on (503) 945–5475.

Can Traffic Violation And Infractions Be Expunged/Sealed In Oregon?

When a traffic violation is expunged/sealed in Oregon, it becomes unavailable for public view. Typically, a party can petition the court to seal or expunge records if they qualify. However, Oregon laws don’t permit the expunction of class A and class B felony offenses. While most misdemeanor offenses and class C felony crimes are eligible for expunction, traffic offenses are ineligible for expunction under Section 137.225. 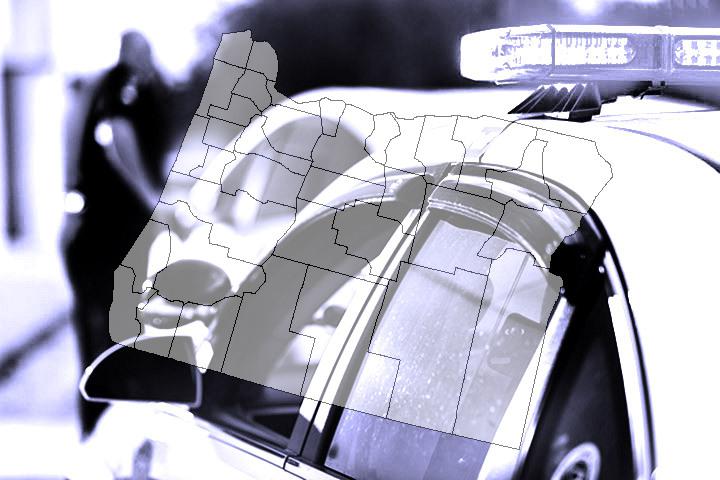