I Agree
What To Do When You Are On Trial For a Crime in Oregon | OregonCourtRecords.us
Oregon Court Records

What Do You Do if You Are On Trial For a Crime in Oregon?

Several events occur between an individual’s entry into Oregon’s criminal justice system and the conclusion of a criminal case in the trial courts. These events may include an arrest or court summons, arraignment, bail, preliminary hearing, grand jury hearing, plea agreements, pre-trial motions, trial, sentencing, and restitution. In Oregon, a criminal case begins when the District Attorney’s Office, acting on the state’s behalf, files a charge (information, complaint, or indictment) against an individual. Because the criminal justice process is complex and involves a loss of liberty if found guilty, an individual, who has been recently charged, has the right to legal representation under the law. A judge may appoint a lawyer if the defendant is unable to hire one.

What Percentage of Criminal Cases go to Trial in Oregon?

As revealed by the statewide case statistics report, the Circuit Courts recorded 526,433 criminal filings in 2019. Of this number, 0.4% were tried by jury and 1.3% by a judge. In 2018, out of 580,487 filings, the courts’ trial dispositions were 0.3% by jury trial and 1% by bench trial. This year-on-year comparison indicates that only a small percentage of criminal cases go to trial in Oregon.

When Does a Criminal Defendant Have the Right to a Trial?

According to ORS 136.001, criminal defendants have the right to a public trial by an unbiased jury in Oregon. Also, with a trial judge’s consent, defendants may waive their right to a jury trial for a bench trial (a trial by judge). Usually, a case proceeds to trial when the charged person pleads not guilty at an arraignment hearing. At this hearing, the individual is formally informed of the criminal charge(s), rights of a defendant, possible penalties of the crime, and asked to enter a plea. Note, however, that when the charge is for a misdemeanor, a defendant may enter a plea at an arraignment hearing. When the charge is for a felony, a grand jury is involved, and the defendant may only enter a plea after the preliminary hearing or grand jury hearing takes place. These hearings are held to determine if there is sufficient evidence to accuse a defendant of a crime. However, a defendant may waive the right to have a case presented to the grand jury.

What are the Stages of a Criminal Trial in Oregon?

The stages of a criminal trial in Oregon include:

How Long Does it take For a Case to Go to Trial in Oregon?

Oregon’s speedy trial law is denoted in ORS 135.746. This law establishes the time limits within which a trial must commence. Trials for misdemeanors must be concluded within two years from the date of filing of the charging document and felonies within three years from filing the charging document. However, these time limits become void when a defendant fails to appear in court on a scheduled trial date. ORS 135.748 lists conditions that are excluded from the trial time limits, including a defendant’s inability to appear because of an illness or physical disability or the timeframe between a mistrial and a subsequent trial.

What Happens When a Court Case Goes to Trial in Oregon?

As stated previously, the number of cases that proceed to trial, either by jury or judge, in Oregon is minimal: 1.5%. Many cases are resolved by plea agreements/bargains. Criminal cases that proceed to jury trial begin with a jury selection. Jury panels consist of 12 individuals unless the involved parties agree to a lesser number. However, when the charge is for a misdemeanor, the number of jurors is six. Additional jurors, called “alternate” jurors, may also be selected in case any juror dies or needs to be excused before a trial is concluded. The limit for alternate jurors in felony trials is six, and three for misdemeanor trials (ORS 136.260)..

At the beginning of a trial, the judge instructs the jury about the trial. Afterward, the prosecution and defense make opening statements. The lawyer representing the state of Oregon (prosecutor/plaintiff) speaks to the court first, indicating what will be proven by evidence during the trial to confirm the defendant’s guilt. Then, the prosecution and defense present their evidence and witnesses. The plaintiff goes first and calls witnesses to question them in a procedure known as a “direct examination.” A party may ask another party’s witness to point out inconsistencies in a testimony. This process is known as cross-examination. Any witness providing testimony is usually subpoenaed before the trial begins. As the burden of proof rests on the prosecutor, the defense is not obligated to call any witnesses. The presentation of evidence and witnesses is the lengthier part of a trial and may continue until both sides rest.

After the presentation of evidence, the prosecution and defense make closing arguments, a summary of all facts presented to convince the jury to rule in favor of their clients. The judge instructs the jury on their legal responsibilities, and the jury deliberates on a verdict in the jury room. When the jury reaches a decision, the presiding juror notifies the clerk or bailiff, who then notifies the judge. The presiding juror or judge may read the verdict to the court. After the announcement of a verdict, the attorneys may request to poll each member of the jury to confirm the verdict. Sentencing procedures begin subsequently.

Can you be Put on Trial Twice for the Same Crime in Oregon?

No. Under the Fifth Amendment Law and ORS 131.525, no person may be put on trial twice for the same offense in Oregon. There are no exceptions to this law.

How Do I Lookup a Criminal Court Case in Oregon?

Non-confidential criminal court cases and court calendars of Oregon Circuit Courts may be accessed for free. To look up criminal court cases, interested persons may enter a case number or party’s last, first, or middle name on the Smart Search platform. Information that may be obtained includes basic case information (felony and misdemeanors), party information (limited personal identifying information), event entries, and case dispositions. Alternatively, this information may also be obtained through third-party sites like courtrecords.us.

In Oregon, criminal court records may be accessed electronically by visiting a court kiosk or subscribing to the Oregon Judicial Case Information Network (OJCIN) Online. Court kiosks or public access terminals may be used to look up criminal case information and are located in the Circuit Courts. There is no charge assessed to inspect records using the kiosks. Both record-retrieval options provide access to filed documents of a case and additional case information that cannot be obtained using Smart Search.

Records that are considered public may be accessible from some third-party websites. These websites often make searching simpler, as they are not limited by geographic location, and search engines on these sites may help when starting a search for specific or multiple records. To begin using such a search engine on a third-party or government website, interested parties usually must provide:

How Do I Remove Public Court Records in Oregon?

The Oregon law on removal of public criminal court records is ORS 137.225. However, while most U.S States call this process of removal an expungement, Oregon statutes refer to it as “setting aside” a conviction. Convictions that can be set aside or expunged include certain class B and class C felonies, ordinance violations, and offenses committed before January 1, 1972, that qualify for expungement. Convictions that cannot be set aside include:

All petitions must be made to the court where the criminal case was concluded. Individuals who are on probation, parole, or post-prison supervision cannot petition to set aside any conviction. The court will not set aside a conviction of a petitioner who is convicted of a new crime, excluding motor vehicle violations, within ten years of filing a motion for a set-aside. Forms and filing procedures may be obtained on the Criminal Expungement/Set Aside Forms page. 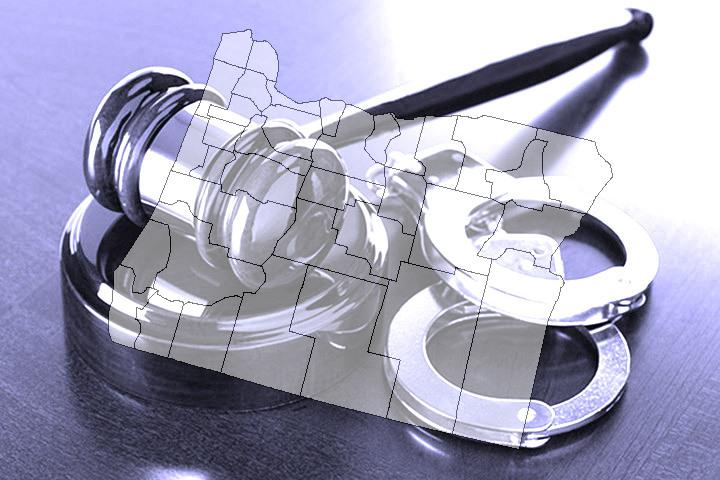