I Agree
The Difference Between Felonies Misdemeanors and Infractions in Oregon | OregonCourtRecords.us
Oregon Court Records

Felonies, Misdemeanors, and Infractions in Oregon

Crimes in the state of Oregon are classified as felonies and misdemeanors (ORS 161.515).. The criminal justice system designates the least serious offenses as infractions and felonies are the most serious, with comparatively harsher punishments. Oregon’s revised statutes lay out the definitions, penalties, and sentencing guidelines for each offense category. Summarily, Oregon crimes are tried on the basis of these categories.

What is a felony in Oregon?

In Oregon, a crime is a felony if it is classified as one by the state’s penal code. (ORS.161.525).. They are serious offenses that attract equally severe penalties. Felony crimes are offenses for which convicted persons may be sentenced to a minimum of one year in state prison. There are four classes of felonies in Oregon (ORS.161.535)::

Depending on the circumstances of commission, some felony crimes can be punishable under more than one class. Examples of such felonies are inchoate crimes such as attempt, solicitation, and criminal conspiracy. Inchoate crimes are offenses committed in the process of the commission of another crime. They are acts of indirect participation in the commission of a crime. For example, Solicitation (ORS 161.435) is a:

What are some examples of felonies in Oregon?

Some examples of felonies in Oregon are:

In addition to prison sentences and fines, felony crimes have other consequences that can have long-term impacts on convicted persons. Persons convicted of felonies may be required to complete a probationary course. They cannot vote, serve on a jury, bear or own arms. They may also not be eligible for affordable housing, college admissions, and jobs that require practice licenses.

Can I get a Felony Removed from a Court Record in Oregon?

Persons who are still on probation or supervision or who are still incarcerated have not completed the requirements of their sentence and are not eligible for expunction.

Most Class B and C felonies, with a few exceptions, are eligible for expunction. For Class B felonies, convicted persons can only apply for expunction 20 years after the conviction or completion of the terms of their sentence. Examples of offenses not eligible are:

Is expunction the same as sealing court records in Oregon?

When a conviction record is set aside in Oregon, it is sealed by a court order. The original charge will be dismissed and the individual whose record was set aside will be deemed to have never committed the crime. They are not required to acknowledge the conviction, charge, or any other matter in relation to it. They may also file an application to have their voting rights restored. Having records of conviction set aside enables persons with felony convictions to rejoin society as contributing members. It makes them eligible for resources and opportunities which may otherwise be unavailable to them. Examples of such opportunities are low-cost housing, federal business loans, and college admissions.

Records that have been sealed are not destroyed or completely removed, but have become non-public records, accessible only to law enforcement agencies and authorized persons.

How Long Does a Felony Stay on Your Record in Oregon?

Until a felony record is sealed or vacated, it stays on a convicted person’s criminal history record. This limits the opportunities available to such persons, as records of their conviction(s) may be public, appearing in official or state-conducted background checks. If a person has a felony conviction on their criminal history record, they are not eligible to vote, serve on a jury, bear arms, or take up occupations that require professional licenses.

What is a Misdemeanor in Oregon?

What are some examples of Misdemeanors in Oregon?

Some examples of misdemeanors in Oregon are:

Can I Get a Misdemeanor Removed from a Record in Oregon?

Persons convicted of misdemeanor crimes in Oregon may file a motion for expunction (ORS 137.225) three years from the date of their conviction if they:

Can a DUI Be Expunged in Oregon?

Driving Under the Influence of intoxicants (DUI) is a Class A misdemeanor that cannot be set aside in Oregon. A DUI is a Class C Felony if:

What constitutes a Violation in Oregon?

Violations in Oregon are offenses so designated by the state statutes. Violations are not punishable by imprisonment terms but by fines. Other penalties, such as community service, may also be applied as part of a sentence, an alternative to fines or incarceration, or as a condition for probation. Common examples of violations in Oregon are traffic violations, fish and wildlife violations, and boating violations. For violation cases that require court appearances, Oregon courts do not appoint attorneys or cover legal fees. However, persons charged with violations may hire legal representation at their own expense.

There are four classes of violations in Oregon:

For specific fines, the maximum fine is $2,000 or the maximum amount specified in the statute that defines the violation.

What are some examples of Violations in Oregon?

Examples of violations in Oregon include:

Can Violations be Expunged from an Oregon Criminal Record?

Most violations are eligible for expunction in Oregon. Expunction is the motion to set aside or seal a record of criminal convictions, charges, and arrests (ORS 137.225).. Traffic violations, such as violation of basic speed limit, and DUIs cannot be set aside.

If a person was arrested but not charged, the arrest record may be set aside after a waiting period of one year. If there was a charge that ended in a dismissal or an acquittal, the concerned person may apply to have the charges set aside immediately after the dismissal or acquittal. To be eligible for expunction, the following requirements must be met: 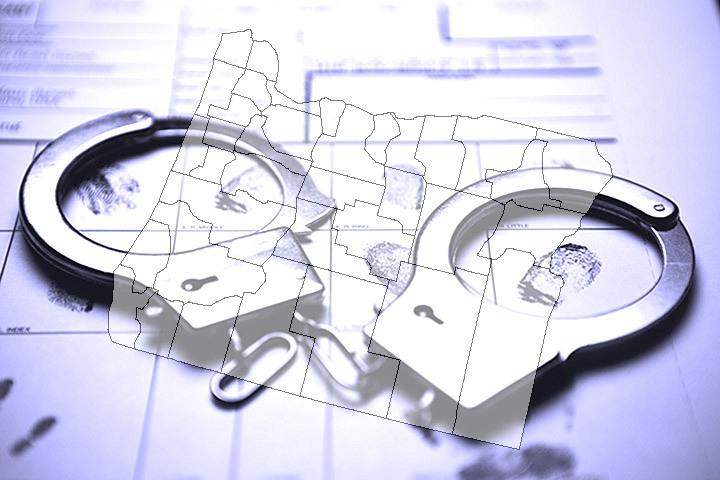