The Oregon State Prison System is a part of the state criminal justice system. It generally constitutes three significant parts, including the state law enforcement body that investigates crime and arrests offenders suspected of committing the offense. Secondly, the state court system then weighs the law enforcement’s evidence to determine if the individual is guilty. If the court determines guilt beyond reasonable doubt, and the charges require jail or prison time, the offender is transferred to the state prison system. The facilities within the state prison system are charged with punishing, correcting, and rehabilitating the offender’s behavior through incarceration.

What is the Difference Between Jail and Prison in Oregon?

Oregon county/city jails are temporary confinement facilities designed to hold offenders for a short period. They are usually held in these facilities when they are arrested or unable to post bond or bail. The jails are also used to house offenders who have been given short sentences of one year or less. In contrast, Oregon prisons are designed for longer confinements of a year or more. Usually, they are designed to hold convicted criminals for longer, hence, they are more developed than most jails in Oregon.

Additionally, Oregon County jails are usually managed by the local county or municipality. The 36 county Sheriffs in the state oversee the operations of the 31 jail facilities in Oregon. At the same time, state correctional facilities are managed directly by the State of Oregon and are under the control of the Oregon Department of Corrections.

How Many Prisons are in Oregon?

The only Federal prison in the State of Oregon is the Federal Correctional Institution in Sheridan.

How do I search for an Inmate in Oregon State Prison?

When an offender is put in the state criminal correctional system, records are created to account for the individual’s journey, these are called inmate records. If the inmate is being held in an Oregon State Prison, the Oregon Department of Corrections provides offender information through the Oregon Offender Search (OOS) system. The department’s website hosts a searchable web portal accessible to the public. This portal provides general information on offenders in the custody of the Oregon Department of Corrections.

Users can search this database using the offender’s first, middle, or last names or State Identification (SID) Number. Results provided for searches on the portal will only provide information about:

Asides from the online database, certified copies are obtainable through written requests directed to the department. Requesters must provide crucial information such as the requester’s name, address, and contact details.

Are Incarceration Records Public in Oregon?

According to Oregon Public Records Law, incarceration records of inmates within the Oregon Prison System are accessible and open to the public. Members of the public can access these records from any public agency responsible for maintaining them. However, this is only possible if the requested records are not sealed by court order or when the case is an ongoing one. Additionally, the records may be restricted if they threaten public safety or if the case’s subjects are factually innocent.

How to Look Up Jail Records in Oregon?

Additionally, any convicted offender in Oregon would have inmate records included in their criminal history information. Although the state limits access to such documents through the Criminal Justice Information Services (CJIS) Division, inquirers can request personal criminal history records and records of other individuals if the subject of the said record is notified of the request.

Can Jail Records be Expunged in Oregon?

The possibility of getting jail records in Oregon is dependent on the type of arrest and conviction in question. Usually, most documents eligible for expungement according to the state expungement statutes are misdemeanor cases and other Class B and C felonies. Others include:

Cases that are generally not eligible for expungement in Oregon include Class A felonies, excluding cases relating to marijuana, most sex crimes, DUI and traffic offenses, etc.

After eligibility is confirmed, the offender’s crimes can be expunged from the Computerized Criminal History (CCH) if the individual has completed all related court-ordered sentences, has no prior convictions, and if 3 years have passed since the judgment was pronounced. 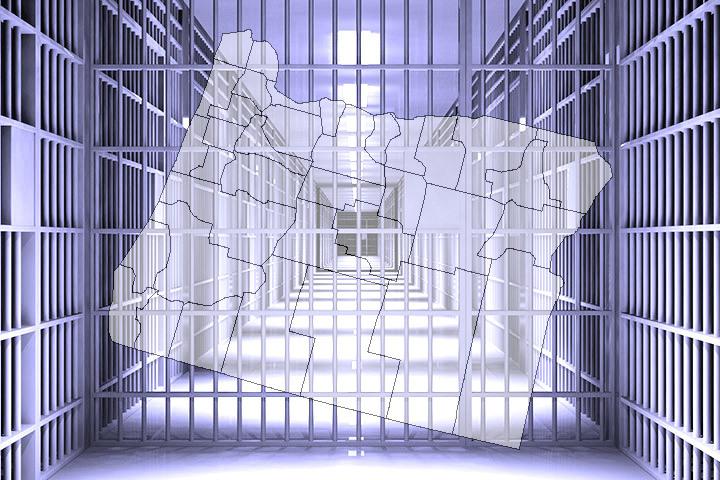