I Agree
Where to Find Inmate Records in Oregon | OregonCourtRecords.us
Oregon Court Records

Where to Find Oregon Inmate Records

In Oregon, the Oregon Department of Corrections maintains inmate records containing official information on incarcerated criminals held in correctional institutions across the state. The Oregon Department of Correction oversees the state prison system consisting of a state penitentiary, correctional facilities, and detention camps. Inmate records are mostly available to the public and cuts across all sorts of crimes such as violent crimes and sex crimes. The processing of inmates’ documents starts after judgment in a court of law. Inmate records include sentencing status, prison location, docket number, name, aliases, and physical descriptions.

Information contained in incarceration records is open for public consumption under Oregon’s Public Records Law 192.314. The Public Records Law stipulates that all individuals own the right to inspect any non-exempt public record of Oregon’s public body. However, some inmate records fall into the confidential category or are exempt from disclosure, and such public disclosure violates privacy. These include juvenile inmate records and inmate records containing personal information such as medical history and social security number. Also, if public disclosure would interfere with the rehabilitation of any individual in the custody of the Oregon Department of Corrections, then such records would be hidden from public view, following the Oregon Revised Statutes 192.355.

What Information is Contained in a Oregon Inmate Record?

Inmate records are initiated right from the day the defendant gets sentenced for a crime. The criminal gets processed by law enforcement agencies where mugshots and fingerprints are taken for record purposes in print and electronic format. Inmate record comprises of details such as:

Where do I Look Up an Inmate in Oregon?

Interested persons can locate Oregon inmates by contacting the Oregon Department of Corrections or county jails for state and local county search, respectively. For official inmate record search on a state level, interested parties must submit a written public request to the Oregon Department of Corrections. Asides from providing names, signature, address, telephone number, and email address, requesters must disclose a valid reason for the request. Also, submit the inmate’s name, type of record required, and date range of the files. Requestors are to complete a request form and pay a fee for the processing. A public request form may not be honored if the applicant requires an inmate record still in open investigations or involves child abuse. Contact the disciplinary authority of Oregon through the address below:

How Do I Conduct an Inmate Search in Oregon?

Search for inmates in Oregon by contacting the office of the Sheriff in the relevant county. Contact the office in person, by telephone, or via email. Through the local enforcement agencies, all Oregon counties maintain an online inmate database accessible to members of the public. For a more comprehensive inmate search, inquirers must complete a public request form and send it to the Oregon State Police or the Oregon Department of Corrections. Fill the general request form thoroughly or otherwise risk significant delays. After some business days, the department sends the inmate record to the applicant. For requests to the Oregon Department of Corrections, complete the Pen Pack Request Form or the Information Request Form. In these forms, the requester must identify information about the inmate and state the number of copies. Mail the Pen Pack Request Form to:

How Can I Find an Inmate for Free in Oregon?

Most online sources and some in-person inquiries to locate Oregon inmates are free. However, requests that involve mailing in the information comes at a cost. Also, impromptu services may require payment of a standardized token as a service charge.

How to Find Old Inmate Records in Oregon

The National Archives Records Administration (NARA) holds some older records. As such, users seeking inmates’ information are to direct inquiries to NARA to determine whether the record is available. Requesters should provide the following information in the request:

For some county jails, historical information is available through the Records Management and Archives Program.

How do I Find Inmate Death Records in Oregon?

According to Public Records Law (ORS 192.324),, the Oregon Department of Corrections (DOC) responds to public records requests, including files of dead inmates in Oregon State prisons. Records of deceased inmates at federal penitentiary are accessible at the Bureau of Prison, while inmates’ documents ten years after death are transferred to the Oregon State Archives. Therefore to locate a particular deceased inmate’s record, applicants have to know the period of death and contact the appropriate agency depending on the duration after the inmate’s death.

How do I Conduct a Federal Prison Inmate Search?

Parties can search for federal inmates through the inmate locator tool provided by the Federal Bureau of Prison. According to the First Step Act, the court constantly reexamines sentences to address pending time changes due to the inmates’ conduct. As a result, an inmate’s release date may not be up-to-date. Website visitors should continue to check back from time to time to check for changes. Interested parties can get federal inmates records by submitting details of the offender, such as:

To learn more about a particular inmate, submit a Freedom of Information Act request to the Bureau Of Prisons and include a completed copy of Form DOJ–361.

How Long Does it Take For An Inmate’s Information to Be Published in Oregon Inmate Locator?

There is no prescribed period of time for inmate information to show up on the Oregon inmate indicator tool. The system may publish the infomrtaion as soon as a few hours after the sentence. Inmates that have completed jail terms can have new status online about two hours before their release. 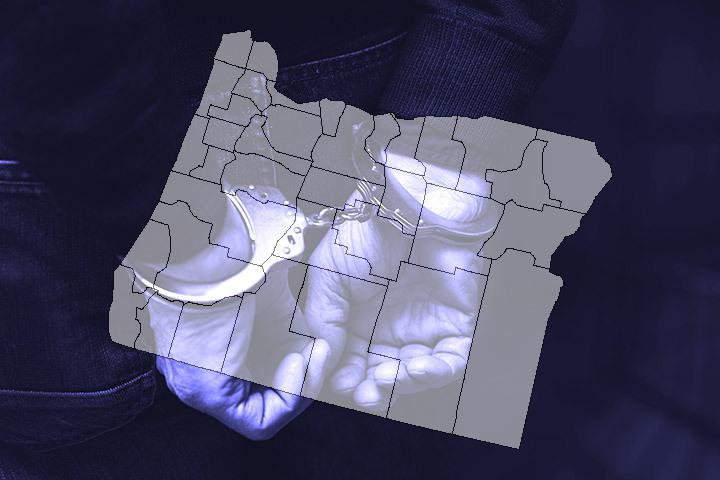