Having a criminal record can limit or restrict one’s access to education, employment, insurance, and other opportunities. Individuals who were arrested or convicted in Oregon can petition a state court to seal and set aside their criminal records, provided the record is expugnable under the state’s expungement law (ORS 137.225).. An adult or juvenile who is granted an expungement in Oregon can legally claim they have never been arrested or convicted of that crime.

The Difference Between Sealing and Expunging Criminal Records

In Oregon, the legal term for removing a criminal record from public access is “expunction” or “set aside.” Although there are distinctive procedures to seal and expunge a criminal record in some U.S. states, Oregon statutes do not have separate sealing or expungement procedures. Instead, an arrest or conviction is sealed and set aside by an Oregon court when an expungement is ordered.

How to Seal a Criminal Record in Oregon

What Crimes Can Be Expunged in Oregon?

Crimes that can be expunged or set aside in Oregon are listed under ORS 137.225 and include:

How to Expunge Criminal Records in Oregon

An individual eligible for expungement may petition the Oregon court where the case was originally disposed. An expungement may be sought for an arrest or conviction. It is not a requirement to contract the services of an attorney as the expungement process is not complicated. However, the process may take time. The following forms may be used to file for an expungement:

The form to use depends on if the petition is to expunge an arrest or a conviction. For an arrest, a petitioner may file a Motion and Affidavit to Set Aside Record of Arrest, provided that:

For an arrest where the individual was acquitted or had charges dismissed, the Motion and Affidavit to Set Aside Charges may be used to file a petition in the court. Here, there is no waiting period to file for an expungement. Also, like the motion to expunge an arrest record, there are no filing fees assessed by the court to file a motion to set aside charges.

A petitioner who was arrested, charged, and convicted may file a Motion and Affidavit to Set Aside Conviction. This type of petition must be filed no less than three years from a conviction. However, an individual convicted of a class B felony must file for expungement at least twenty years from the conviction. There is a filing fee of $281 assessed by the Circuit Court and an $80 fee payable by certified check to the Oregon State Police.

An individual or attorney may file a petition form with the court but must sign the affidavit before a notary or the court clerk. To file this petition, an individual is required to have a complete set of fingerprints. Local sheriff offices may be contacted to obtain fingerprints. The petition form must be submitted to the court where the case was concluded, and a copy of this petition, along with other applicable documents, must be served upon the prosecuting attorney’s office. This service may be by mail or in-person. Documents served to the prosecuting attorney include one set of copies of the Motion and Affidavit, relevant court records, original fingerprint card, and an $80 fee.

The prosecuting attorney may file an objection, investigate the case, or request a hearing. Crime victims also have the right or object to the expungement motion or request a hearing. This may take up to six months. However, the processing time may be expedited if the petitioner includes a copy of the police report in the documents served to the prosecuting attorney. A police report can be obtained by contacting the arresting agency.

Petitions filed for dismissed/acquitted charges or conviction must have a copy of the Charging Instrument (Information or Indictment) and Order of Dismissal, Judgment, or Sentence Order from the petitioner’s case. These documents can be obtained from the court of jurisdiction for a fee.

Do Sealed Records Show up In Oregon Background Checks?

Yes. Even though a sealed/expunged criminal record should not show up in an Oregon background check as the official records are sealed from the public, some criminal records may still show up in Oregon background checks. This is because some third-party background check companies may still have the expunged criminal record in their databases. A concerned party may contact the relevant company to ask that the record be removed. However, it should be noted that because these companies do not receive an expungement order from the courts, they are not required to remove criminal information. Still, a party may send a cease and desist letter to a company to remove the expunged record.

Who Can See Sealed Criminal Records in Oregon?

While an expungement seals and sets aside an arrest or conviction, it does not destroy a criminal record. These records are still available to certain parties with a court order (ORS 137.225(11))..

How to Obtain Sealed Records in Oregon

Oregon statutes do not specifically define the individuals or agencies who have access to sealed/expunged records in the state. However, it is established that a major criterion for accessing a confidential record is with a court order. A court may grant a motion to disclose a sealed record if good cause exists for the request, as stated in ORS 137.225 (11). For instance, when the record is necessary for an investigation. 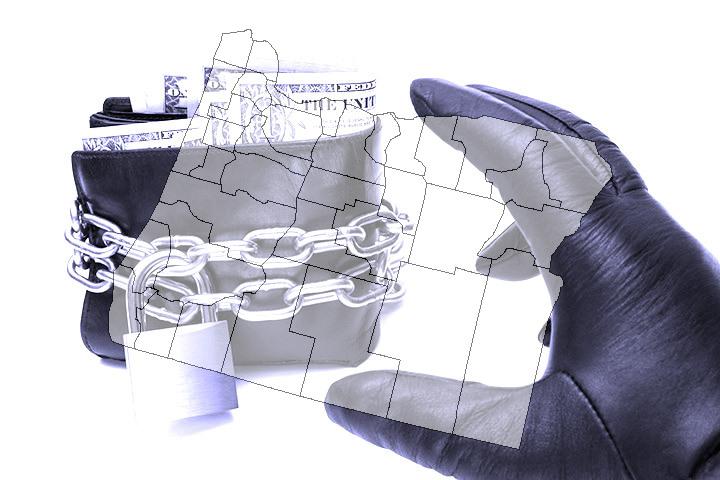