How Does the Oregon Tax Court Work?

The Oregon Tax Court is a branch of the Oregon Judicial Department that handles cases related to tax authorities, taxpayers, and taxation issues within the state. Generally, the court has exclusive jurisdiction over all cases regarding the Oregon tax laws. Some of these cases include corporate excise taxes, income taxes, property taxes, cigarette taxes, timber taxes, local budget law, and property tax limitations. Most cases at the Oregon Tax Court are filed by taxpayers who are dissatisfied with the decisions of a county tax assessor or the Oregon Department of Revenue.

Specifically, the Oregon Tax Court’s mission as part of the independent judicial branch of government includes:

The Tax Court has two divisions, including:

The Magistrate Division has several magistrates and one presiding tax court magistrate appointed by the Tax Court judge. The division currently has about three magistrates. Usually, the magistrate is an active attorney designated by the court as a judicial officer to hear cases informally. The magistrate will attempt to make peace between parties before bringing the case to trial. The parties involved in the case may choose to represent themselves, as the court rules are informal. Parties may also be represented by an attorney, a licensed appraiser, an accountant, or other permitted persons.

If the mediation is not successful, the magistrate will consider the evidence and words of both parties, and render a written verdict. The Magistrate Division first hears appeals to the Tax Court. Aggrieved parties may appeal Magistrate Division rulings to the Regular Division.

The Oregon Tax Court’s Regular Division is presided over by the Tax Court judge and maintains a more formal court proceeding. Although parties may represent themselves, they are mostly represented by an attorney. The Regular Division of the Tax Court shares the same Tax Court Rules, closely related to the Oregon Rules for Civil Procedure. The rules are also similar to an Oregon Circuit Court’s rules of evidence and procedure. Cases referred from the Magistrate Division will be started over from scratch so that the judge can review the evidence. All case hearings in the Regular Division are de novo and are conducted by the judge.

Having a separate court for taxation and property valuation issues ensures that the judge and staff become familiar with these cases. Hence, the cases are resolved more efficiently, and the rulings are consistent.

The Oregon Tax Court has one judge who is elected to a six-year term in a statewide election. To qualify as a judge, the applicant must be a resident of Oregon, a citizen of the United States for at least three years before the election, and a lawyer admitted to practice in Oregon.

The Oregon Tax Court judge must compulsorily retire at 75, even if the judge is still in service. According to the constitution, a judge may be asked to retire if considered physically unfit or mentally unstable, rendering the judge incapable of regular judicial performance.

The Oregon Judicial Case Information Network (OJCIN) provides access to non-confidential case dockets through a paid subscription platform for court case records. Note that several cases may be statutorily protected and unavailable to the public. A sign-in function is available for persons who have login details. Other persons would first have to register. Note that there is a $150 registration fee to sign up for a new account.

The Judicial Department also provides free online access to limited Tax Court case information. To search the online portal, provide the case number or full name of the person involved in the case. Note that the information provided by the portal are not official records and should not be used for official purposes. Official records may be obtained at the courthouse public terminals or through a subscription to the OJCIN OnLine service.

The Tax Court records all courtroom trials and oral arguments for all cases. Note that the Magistrate Division is not a court of record and may choose to record courtroom sessions for its own use. However, the recordings may be accessible for a short period after the hearing. Some Magistrate Division hearings are not recorded.

Persons interested in retrieving a copy of a court record must submit a request via email to taxcourt.records.request@ojd.state.or.us, in person or by regular mail to:

Note that an audio copy cannot be used to appeal a Regular Division ruling to the Oregon Supreme Court. Instead, a professional transcriber must transcribe the audio recording into a written document to be submitted. State law limits access to audio copies of hearings and trials if there is a protective order on that particular case. Access to such audio copies will only be granted to requestors who show identification, complete additional paperwork, and pick up the copies in person. Otherwise, access will be denied.

The court uses a program known as “For the Record” (FTR) to record the audio during trials and hearings. Court records in audio formats are mostly provided on a Compact Disc (CD-R), which contains a link to download a free copy of the FTR Player program. If there are issues with downloading the FTR Player, individuals may contact FTR’s technical support.

Apart from the audio recording, interested persons may request a copy of the audio log. The audio log is a general time-stamped index of the recorded hearing or trial that lists major events of the hearing. These events may include the beginning of a witness’ testimony or when an objection is made. For hearings originally recorded using FTR, the audio log is provided in HTML format on the CD-R.

Certified copies of court records cost $5 per certificate, plus 25 cents per page. Note that the request will only be processed after payment is made. The requestor will receive an estimate if the cost is above $25.00.

Note that a request must contain the following information:

Also, the requestor must include personal information such as:

Interested persons may also fill in the request form or use it as a guide in providing information.

The following fees may apply for case file requests:

The following fees may apply for case transcript requests:

For case transcripts formerly in audio format, requestors may pay directly to the private transcriber. The transcriber may charge more than $3 per page if the requestor is seeking a Non-Appeal Transcript.

The contact details of the Oregon Tax Court are as follows: 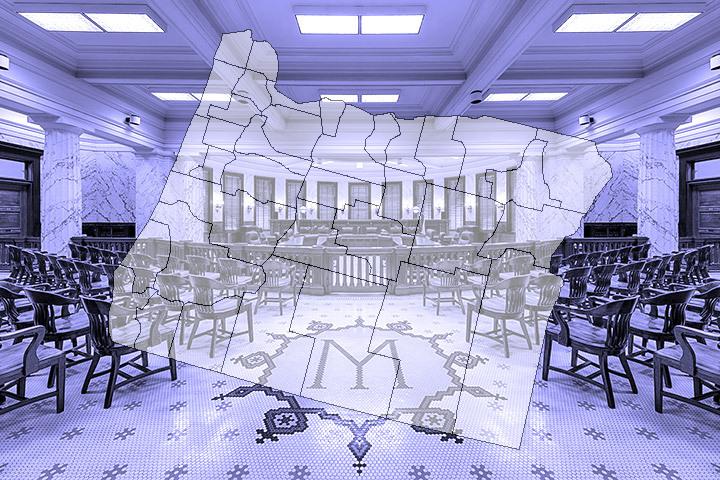