I Agree
How Does The Oregon Supreme Court Work? | OregonCourtRecords.us
Oregon Court Records

How Does the Oregon Supreme Court Work?

The court primarily performs a discretionary review of petitions that challenge the Court of Appeals’ decisions. The court may choose to review any petition based on a determination that it presents a vital question of state law. At least three justices must vote to permit the appeal; otherwise, the Court of Appeals’ verdict becomes final. The Supreme Court justices meet once a week to determine rulings. When a case is accepted, the court hears the case en banc, meaning that the court is not divided into panels. The case is heard before all Supreme Court justices, except a justice abstains from participation due to a conflict of interest or other relevant issues.

The Supreme Court has original jurisdiction over writs of quo warranto, writs of mandamus, writs of habeas corpus, reallocation of state legislative districts, and challenges to ballot measures including their titles, fiscal impact statement, and explanatory statement as listed in the Voter’s Pamphlet.

Generally, Oregon courts are courts of general jurisdiction. This means that the courts can hear most cases, including disputes based on federal or state law, or a blend of both. Federal courts are also bound by Oregon law and the Supreme Court’s decisions for cases that involve disputes about Oregon law. This is applicable even if the federal courts are not based in Oregon.

The Supreme Court of Oregon has seven justices, elected by nonpartisan, statewide ballots to serve six-year terms. To qualify as a justice, the applicant must be a resident of Oregon, a citizen of the United States for at least three years before the election, and a lawyer admitted to practice in Oregon. The members of the court elect one among themselves to serve as chief justice for a six-year term. The chief justice is responsible for all administrative responsibilities of the Supreme Court.

The court may appoint retired judges, lawyers, and other judges to temporarily function as judges at any level. The court may also appoint senior judges to serve in any state court and at any capacity below or above the judge’s previous level.

The Oregon Supreme Court admits new lawyers to the practice, disciplines attorneys, and appoints members to the Board of Bar Examiners. This board has at least fourteen members, including two members of the public who are not lawyers. The board is responsible for supervising the bar exam and screening potential lawyers before admitting them into practice. Following a complaint, the Supreme Court may also suspend, censure, or impeach judges.

If a state court judge is unable to complete a term due to retirement or death, the Oregon Governor may appoint another qualified person to the position. The person may retain the position by running for a full six-year term after the next general election.

However, if the Supreme Court needs a judge to function temporarily, the court may appoint a senior judge as a judge pro tempore. All senior judges are qualified judges that formerly served for a minimum of 12 years on the bench, but have now retired from a state court. Only former Supreme Court justices, elected Oregon Court of Appeals judges, and elected Oregon Circuit Court judges, may be assigned to temporary service.

The Oregon Judicial Case Information Network (OJCIN) provides access to non-confidential case dockets through a paid subscription resource for court case records. Some cases are considered confidential and are unavailable to the public. A sign-in option is available for persons with registered accounts, while other persons may register for access to the Supreme Court’s case dockets. Note that persons registering new accounts may pay a $150 set-up fee.

Interested persons may also send requests to the Appellate Court Records Section in person, by mail or email to appeals.docrequests@ojd.state.or.us. In-person and regular mail-in requests should be directed to:

There is a $5 fee charged per certificate for a certified court record copy, plus 25 cents per page. The request will only be processed after payment is made. Note that an estimate will be given if the total cost is above $25.

The following information should be provided with the requests:

Also, the requestor should include the following personal details:

Interested persons may also fill the request form or use it as a guide in providing information.

Furthermore, a fee waiver or reduction may be granted if the requestor can demonstrate that disclosure of the records is in the public’s interest because it affects the society or community. A fee waiver will not be granted to a private individual, entity, or a profit-based business firm. These entities may only receive a fee waiver when it is required to enlist the public’s support in public safety or personal safety issues. Note that applications for fee waivers must be in writing. 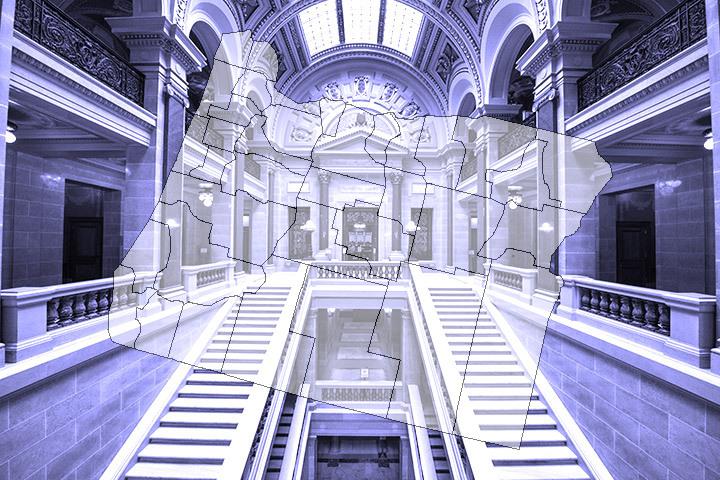