I Agree
How Do the Oregon Court of Appeals Work? | OregonCourtRecords.us
Oregon Court Records

How Does the Oregon Court of Appeals Work?

The Oregon Court of Appeals is the intermediate appellate court, where disgruntled litigants may appeal the ruling of lower trial courts in Oregon. Suffice to say that the Court of Appeals primarily exists to reduce the caseload of the Supreme Court. Still, the Court of Appeals remains autonomous in reviewing appeals but subject to the promulgations of the apex court on any matter.

Per the rule of appellate procedure, the Oregon Court of Appeals considers appeals based on justices’ interpretation of the state constitution, the federal constitution, current statutes, Legislature Acts, the body of common law, and administrative rules.

Generally, the Court of Appeals only reviews cases initially decided in a Circuit Court. All litigants in criminal and civil cases have the right of appeal if there is a cause to believe an injustice by error. Contested administrative agency actions and challenges to an agency’s rules are among the typical cases that the intermediate appellate court handles. Likewise, a contested ruling may also go to the Court of Appeals when the court issues an administrative writ.

In any case, the appellant must file a notice of appeal with the trial court of jurisdiction per the Rule of Appellate Procedure. The appellate court will then consider the merits of the petition based on the written brief that legal representatives of the appellant and the respondent submit to the appellate court. If a case has merits, the court shall schedule a date for oral arguments. Then, the judges will deliberate and issue an opinion expressing the court’s decision to uphold or overturn the initial judgment.

Note that the Oregon Court of Appeals is not a fact-finding forum for disgruntled litigants. Establishing the facts of the case is entirely up to the trial court. The appellate court only decides to overturn or uphold a trial court judgment based on the case documents submitted and short oral arguments to establish an error made by the lower trial court.

An appellant who loses in the Court of Appeals may proceed to appeal the ruling of the intermediate court to the court of last resort—the Oregon Supreme Court. However, the apex court has the prerogative to select the cases it reviews. As the process of appealing and re-appealing is often costly and lengthy, only a few lawsuits go this route. According to a 2015 administrative report by the judiciary, the Oregon Court of Appeals decides an average of 2,782 cases per year—making it one of the busiest appellate courts in the country.

The Oregon Court of Appeals comprises thirteen (13) judges divided into four panels of three judges each. Each panel usually considers all matters and cases assigned to them. Although the chief judge is not a member of any panel, he/she may substitute a panel member who has conflicts of interest in an appeal.

A Court of Appeals judge comes into office after a general election between two eligible candidates who receive the highest votes after a primary election. Elections are non-partisan, and the winner serves a six-year term. Incumbent judges may run for election in the next general election.

The Chief Judge of the Court of Appeals is the administrative head of the intermediate appellate court. He/she serves a two-year term following an appointment by the Chief Justice of the Oregon Supreme Court.

Per Article VII of the Oregon Constitution, Court of Appeals judgeship candidates must fulfill three eligibility prerequisites viz-a-viz being a qualified elector of his/her county of residence, registered as a member of the Oregon state bar, and be under the retirement age of 75. Serving judges and judgeship candidates of the Appellate Court must also abide by the Oregon Code of Judicial Conduct. Behavior contrary to those specified in the Code of Conduct typically results in the removal of a judge via:

In any of these cases resulting in the removal of a judge, the governor may appoint an interim judge following Senate approval. The acting judge completes the term of office and is eligible to run for election in the next general election.

The administrative office of the Oregon Court of Appeals is located at:

The Court of Appeals holds oral arguments at:

Interested persons may attend oral arguments in person unless the court restricts public attendance. When court proceedings are public, however, admission into the courtroom is on a first-come-first-serve basis only. Persons who cannot attend in-person proceedings may watch live webcasts of oral arguments remotely.

Persons who wish to obtain Court of Appeals case records may complete a request form and send a request email to appeals.docrequests@ojd.state.or.us. The requester will need the appeal case number, party name, attorney name, filing date, and other relevant case information to complete a record request.

Meanwhile, the timeline of an appellate case varies with the nature of the case and how long it takes the appellate panel to issue an opinion promulgating the court’s decision. The timeline for a typical case goes thus: 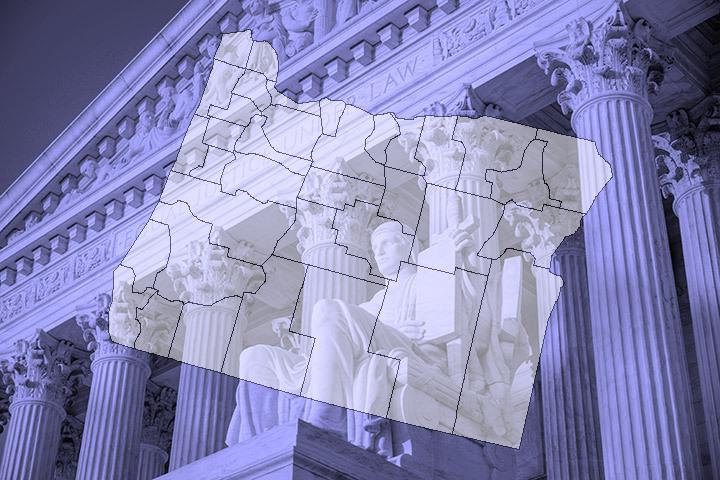