In Oregon, a contract dispute happens when one of the parties involved in an agreement does not accept or goes against the terms of the contract, which leads to a breach of contract. A property dispute is a lawful dispute involving real estate. The property causing the disagreement can be a condominium, a driveway, a vacant home, a land, a deck, a manufactured home, or any elements of real estate. The Circuit Court in Oregon handles all cases involving contract or property disputes.

What are Contract Disputes in Oregon?

According to ORS 84.001, a contract is a lawful commitment resulting from an agreement between two or more parties. Going against the terms in the contract ensues dispute. Contract disputes are of two types;

Material Breach: Also called a total breach, a material breach is when a contract is irredeemably broken. The breach makes the contract completely useless, and the terms of the contract can not be fulfilled. Also, the breaching party will be held liable for damages. For example, a person purchases a house, signs all the necessary documents, and completes all the steps required to get the house. Then all of a sudden, the seller decides not to give the buyer the deed and keys.

What are the Most Common Contract Disputes in Oregon

Contract disputes that frequently occur in Oregon are;

What is Oregon Contract Law?

Oregon Contract law defines a contract as a legal responsibility resulting from agreements between two or more parties, according to ORS 84.001 (Short title) to 84.061 (Federal electronic signatures law partially superseded). Oregon contract law requires offer, acceptance, and consideration to form a contract. Contracts are legally binding and negotiated for trade/exchange. In such a deal, a guarantor needs something from a guarantee in return for a promise.

What is a Breach of Contract in Oregon?

A breach of contract is defined as one party breaking the terms and conditions agreed upon by two or more parties. It could be not accomplishing a responsibility during the assigned period, for example, being late with rent payment. When this occurs, one or both parties will wish to enforce the terms of the contract or restore any financial damage caused by the breach.

What are the Remedies for a Breach of Contract in Oregon?

Appropriate remedies for breach of contract in Oregon are;

Legal Remedies: Some contracts incorporate a liquidated damages clause stating how much damages are to be accepted once there is a breach of contract. Legal remedies could be restitution, liquidated damages, or compensatory damages.

Equitable Remedies: This remedy allows the party that did not breach the contract to gain monetary damages and incorporate court rules to settle the dispute.

The Circuit Court has jurisdiction over all contract dispute cases. To file a breach of Contract in Oregon, interested persons must pay a $50 processing fee and use one of the following forms:

Upon completing the form, interested parties will mail the form to the Circuit Court.

What Defenses Can Be Used Against a Breach of Contract Claim in Oregon?

Impossibility: Impossibility is an argument showing the reasons why a binding event stated in a contract was not possible. Under OREF Oregon Real Estate Sale Agreement, below are the only form of impossibility argument that can nullify a breach of contract;

The Frustration of Purpose: To be successful, the defense must be based upon a supposition that such an event would not happen. The court generally examines the supervening event to see if it something both parties should have foreseen.

Impracticability: This is often regarded as a newer concept than the other two defenses as it incorporates the basics of impossibility and frustration of purpose. To prevail, the contract must include a clause stating that the non-occurrence of an event is a valid reason for failure to act. Hence the defaulting party is not guilty. Notwithstanding, the parties to the contract are to exert reasonable efforts to surmount all obstacles.

What are Property Disputes in Oregon?

What Are Some Common Types of Property Disputes in Oregon?

How to Find Property Lines

Also referred to as delimitation or borderline, a property line is a term that describes the boundary of a property at various points, and it separates it from surrounding properties. A property line defines the total surface area of landed property, revealing the land’s specific dimensions, and may also list any easements or restrictions. To find property lines in Oregon, contact a licensed surveyor. Again, confirm recorded surveys at the County Surveyor’s office. Additionally, interested individuals can use an online map in a preliminary search for a property line but will still need to see a surveyor for accurate onsite dimensions.

How do I Find a Property Dispute Lawyer Near me?

To find a licensed property dispute lawyer in Oregon, interested persons can search online databases using practice areas, location, disciplinary records, and lawyer reviews as search queries and filters. This information may be available on the local or state bar association website. The Oregon state bar association offers referral services based on location, facts of a case, income level, and status of an applicant. 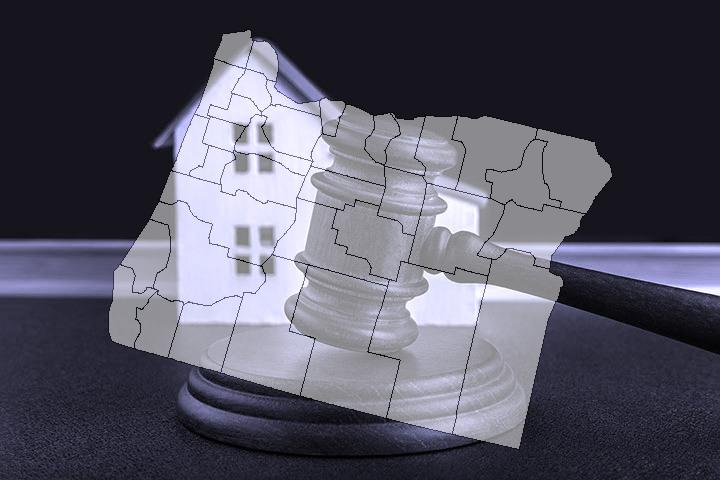