I Agree
How Does The Oregon Circuit Court Work? | OregonCourtRecords.us
Oregon Court Records

How Do the Oregon Circuit Courts Work?

Oregon Circuit Courts are also referred to as courts of general jurisdiction because, as trial courts, Circuit Courts decide a wide range of cases. Some of these include civil, domestic relations, criminal, traffic, juvenile, violations, small claims, abuse prevention act, adoption, probate, mental commitments, and guardianship cases. These courts are also “courts of record,” which means that every word spoken in the course of a trial is recorded. The records are also preserved and made available if the court’s decision is appealed. Circuit Courts are operated by the Oregon Judicial Department (OJD).

Some restricted cases go directly to the Oregon Supreme Court if appealed from the trial court level. There are Circuit Courts in each of the state’s 36 counties, which are organized into 27 judicial districts. They include:

The judges in the Circuit Courts are elected to 6-year terms in a statewide nonpartisan election. To qualify as a judge, the candidate must be all of the following:

An Oregon Circuit Court judge must retire at 75, even if the judge reaches the age while in active service. A judge may also be asked to retire if considered so physically unfit or mentally unstable that they cannot carry out their judicial duties.

The Oregon Judicial Case Information Network (OJCIN) offers access to non-confidential case dockets through a paid subscription resource for court case records. Some cases are confidential and protected statutorily; hence, they are not available to the public. Persons with a registered account can sign in with their login details, while other persons may register to access court case dockets. There is a $150 set-up fee for persons registering a new account.

The Judicial Department also provides free online access to limited court case information. To search the online portal, provide the case number or full name of the persons involved. The information provided by the portal are not official records and cannot be used for official purposes, such as for background checks. Official court records can be obtained at the courthouse public terminals or through a subscription to OJCIN OnLine service.

Certified court record copies cost $5 per certificate, plus 25 cents per page. Note that the request will only be processed after payment is made.

The following information should be provided during requests:

Also, the requestor should include personal information such as:

Interested persons may also fill in the request form or use it as a guide in providing information.

Circuit Courts records may also be obtained at the office of the clerk of court in the Circuit Court that heard the case. Also, each local Circuit Court has a free public access terminal where you can look up case information for most cases. However, note that state and federal law requires courts to protect some information. 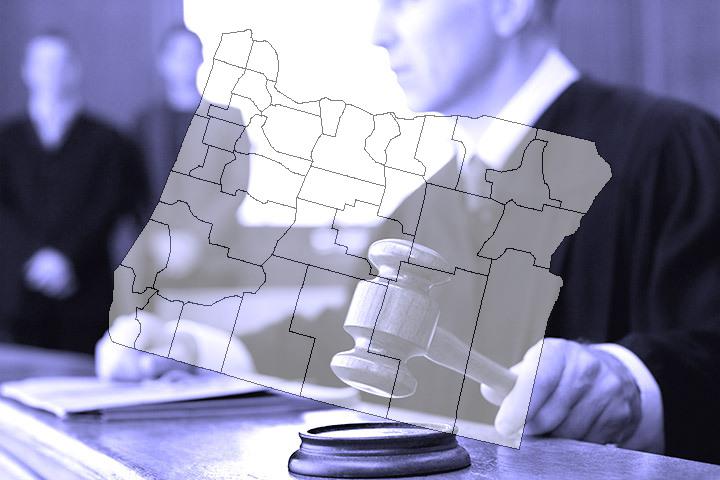